Though nearly 9% of adolescents have ADHD, boys are three times more likely to be diagnosed with this condition than girls. At Healthy Kids Care Pediatrics at Sunrise, Atousa Ghaneian, MD, FAAP, evaluates your child for ADHD and provides treatment that improves their symptoms and helps them get their life back on track. If your child struggles with symptoms caused by ADHD, don’t wait to schedule an appointment because they won’t get better on their own. Call the office in Las Vegas, Nevada, or connect with the team using the online booking feature. 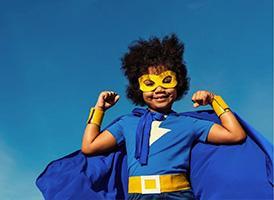 ADHD is a neurodevelopmental condition caused by communication problems in your child’s brain. As a result, it’s hard for children to pay attention, get organized, solve problems, and regulate their emotions and behaviors.

Children with ADHD aren’t purposefully ignoring you or misbehaving. Instead, they don’t have the ability to sit still or follow directions due to their neurological deficits.

The challenges caused by ADHD aren’t minor or occasional problems. They’re consistent and severe enough to affect your child’s success in school and interfere with making friends.

What symptoms occur if my child has ADHD?

The symptoms of ADHD appear before the age of 12, but some children aren’t diagnosed until adolescence or adulthood. Most face the challenges of ADHD throughout their lifetimes.

Examples of inattentive symptoms are the first six in this list. The last six symptoms are caused by hyperactivity and impulsivity.

Children with ADHD also have poor working memory. Working memory gives people the ability to store and manipulate information. This information stays in working memory for a short time -- just long enough to follow instructions, solve a problem, or plan the next step.

How is ADHD treated?

Talk therapy for ADHD focuses on helping your child learn the skills they need to succeed. For example, they may learn how to organize their school work, focus on social skills, or find ways to manage anger and challenging behaviors.

If you notice symptoms of ADHD in your child, call Healthy Kids Care Pediatrics at Sunrise or book an appointment online today.